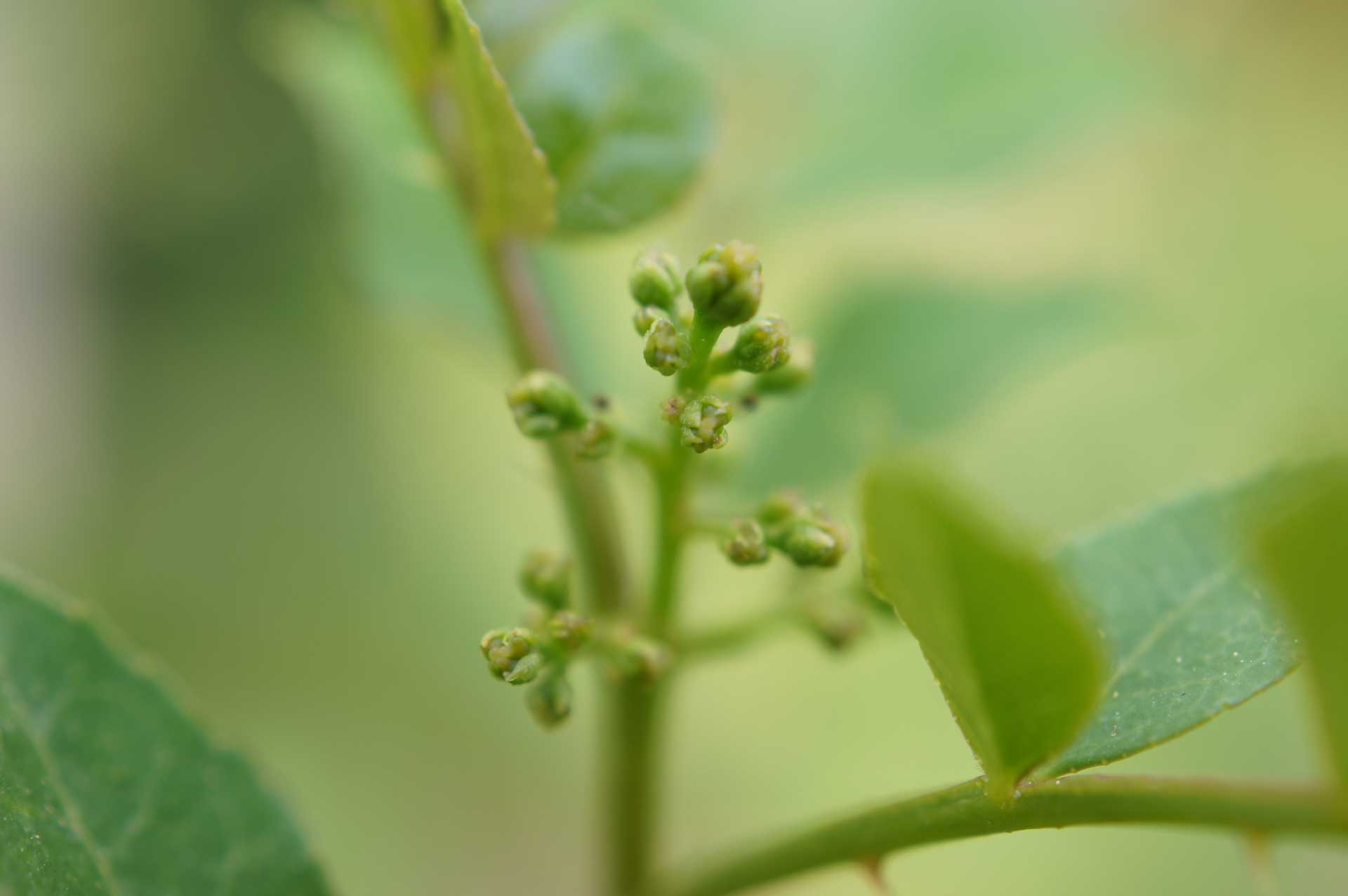 Or so it would be…

What is Hana Sansho?

My sansho (Zanthoxylum piperitum) is only just past its first winter, and thus still a ways away from being mature and flowering. Hence, I do not really have hana sansho yet.

These, after all, would be the flowers of that Japanese pepper.

More exactly, hana sansho are the male flowers of the dioecious Japanese pepper, which has male and female trees.

The Zanthoxylum I have flowering already, that is Zanthoxylum simulans (or should be), which is monoecious: Its flowers have both male and female parts.

That is great for getting Sichuan pepper (which this is a kind of), but not so good for hana sansho since a) you wouldn’t want to eat those flowers that you later get the spice from, and b) this is a species that is rather less aromatic than the Japanese pepper species.

It is still good to get some inspiration to check out what different parts could be used and to try them!

It is all the more fascinating as the Japanese use much more of this aromatic, peculiar spice than we would perhaps assume they should. More, also, than are used in China (or other countries where Zanthoxylum grows, as far as I know).

First, there was kinome. Then comes hana sansho. And eventually, there will be the real sansho spice.

Or, from my plants flowering now, Sichuan pepper / huajiao. 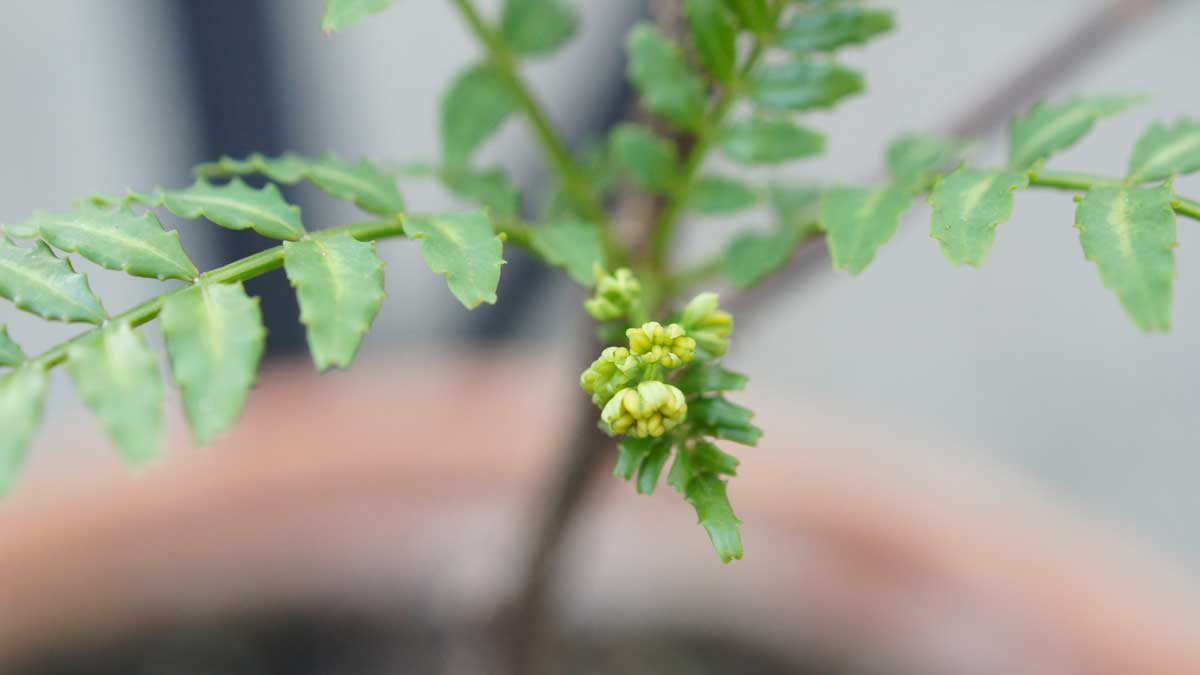 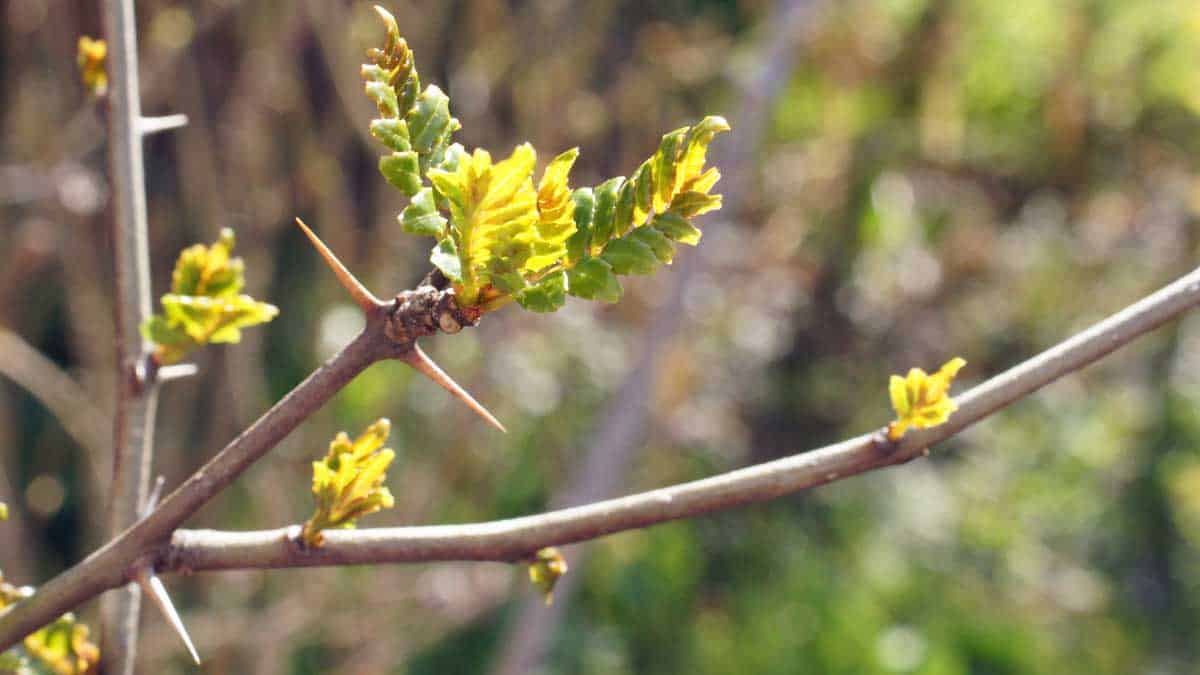 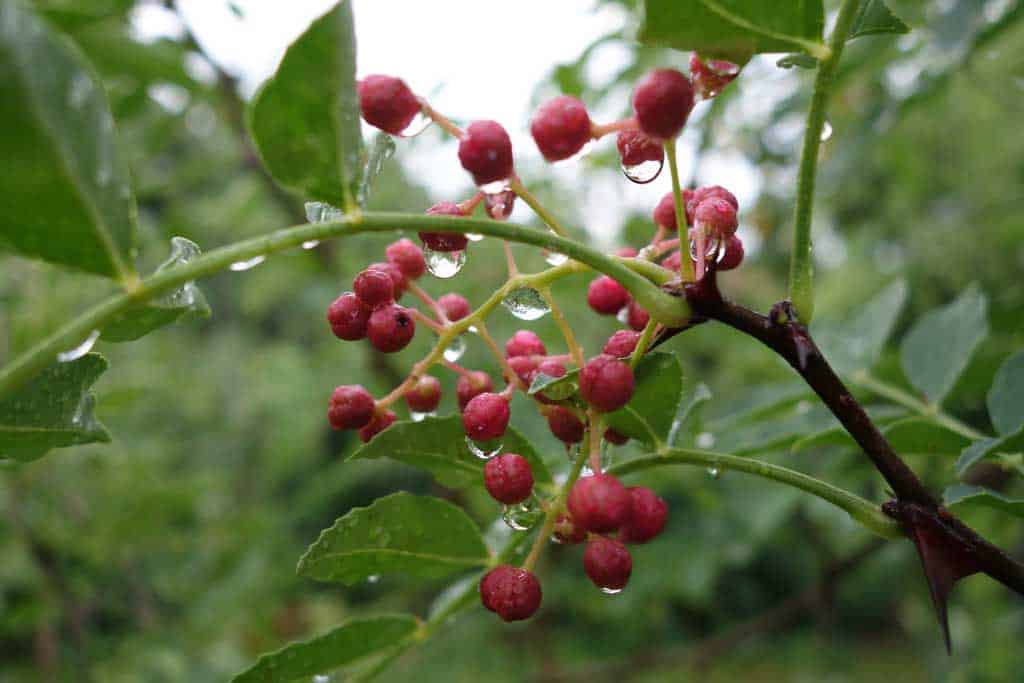