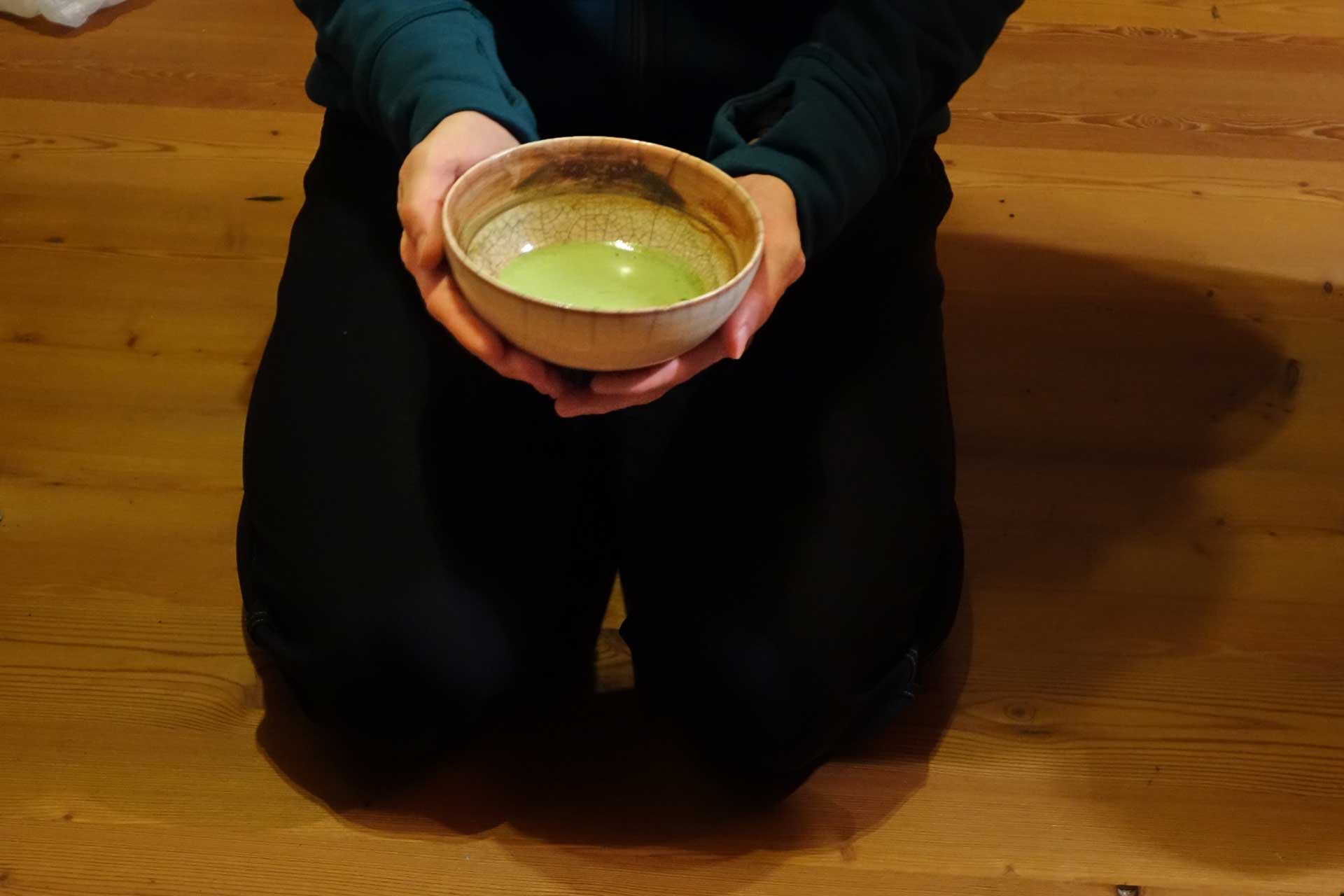 Matcha is not the big trend anymore – but should one even speak of trends when speaking about something that has a few hundred year’s history? (We’ll get back to that.)

Matcha is still – if not through its trendiness, in particular – something with a strong aroma, something special… something being misunderstood. It is, a theme for ChiliCult, in other words.

All the more so as I have been drinking matcha for as long as I have worked on chilli. Some 20 years…

But, let’s start with a bit of a beginning: How does one prepare matcha?

A Word on the Tea Ceremony (Chado)

The “Path of Tea,” the Japanese tea ceremony, has matcha as its focal point, so it needs mentioning.

To someone with a bit of a China background, it is a bit amusing: This way of making tea used to be the norm in China, ages ago. The Japanese adopted this preparation, like so many other things, and made it into a much more complicated, ceremonial practice. Typical Japanese approach. Extra-modern but somehow holding on to an ancient tradition, all exactly according to protocol.

One can just as well see all that in a less amused way, of course – and I tend to take that approach.

There is a lot of attention being paid to matcha, at least by its connoisseurs – and that’s how I think it should all be. The modern approach to matcha includes interesting ideas, but also a lot of silliness.

It certainly includes a lot of salesmanship in the production of so-called matcha that doesn’t really earn that name. And so, just as I like to talk about different varieties and types of chile peppers, I will want to point you to the different types of matcha.

My daily preparation of matcha does not have much to do with all the ritualization and self-cultivation of a true tea ceremony, though. It uses some of its ideas and accouterments, but it is far removed from a real, true tea ceremony.

But then, all I want is a good bowl of matcha. Not more.

How I Prepare Matcha

Thus, let’s get to my personal morning ritual for matcha. As I like to say, the peasant version of a tea ceremony.

The most important accessories to prepare matcha well are the tea bowl (chawan) and the tea whisk (chasen).

Okay, even here, someone could make do with some glas and a mix of another kind, but I would find that quite wrong.

Ideally, one also has a chashaku, the bamboo teaspoon and the hishaku water ladle to apportion the matcha and water well.

I personally also use a heavier tea bowl as my water container in which to cool the freshly brewed water down to an ideal 80-or-so degrees centigrade.

What I do not show in the video: the sieving.

Matcha should be brought in as little contact with oxygen in the air and with light as possible, but for many matcha tea powders, one exception is recommendable. It should be sieved through a fine-grain (tea) sieve before use to break up any clumps.

The best approach is to sieve only as little matcha as will be used shortly, then put it into a tea tin (while leaving the rest of it in its original container).

Often enough, I have found it sufficient to just break the matcha apart a bit with the tea spoon rather than sieve it, but I cannot really recommend that. When it does not work well, it still leaves clumps which are uncomfortable in the drinking.

The preparation also, of course, includes boiling the water for the tea and pre-warming the tea bowl with some of it. (For some bowls, it is said to be necessary to do so because of the material; I just do it so that the tea does not cool more than it should.)

Going against the usual idea of used water, which is put aside, I put that pre-warming water into my heavier tea bowl which I also warm with some water – or actually, into which I also put some water to cool it down a bit.

Before that (or in that heavier bowl, whatever) I will also move the chasen a bit to make it more flexible and to check it for any broken tines. (Over time, more and more of those will break at the tips. Really, that’s a sign that the tea whisk should be changed, but considering how expensive they are, just for my own use, I like using them for a pretty long time. Like I said, mine’s a peasant tea ceremony ;) )

The way I learned it, three chashaku-tea spoon scoops of matcha powder go into the pre-warmed tea bowl. Some say that it should actually be only two (or two-and-half) for a “thin” matcha (usuicha) and three or more for a “thick” (koicha) matcha.

Half to two-thirds-full of the water ladle are the right amount of water to add.

In more-exact measures, if you need (and can use) those:…

Then, whisk the matcha up with the chasen (tea whisk), loosely from the wrist.

You will notice the right relation of matcha and water (and the quality of the matcha, and your proper technique) when it foams up nicely only leaving the bottom layer liquid.

Ideally, you haven’t had any clumps in the matcha right from the get-go, but if you notice any know, you can still try to crush them carefully using the chasen, in the best case – in the worst case, they remain and are, like I said before, uncomfortable in taste/mouth feel.

Properly made, you get a beautiful foamy matcha that is a pleasure – once you got used to the flavor and if you used a matcha that gives a good taste.

And as this theme is so important (not only with matcha), and so important to me, I will shortly talk more about different kinds of matcha… 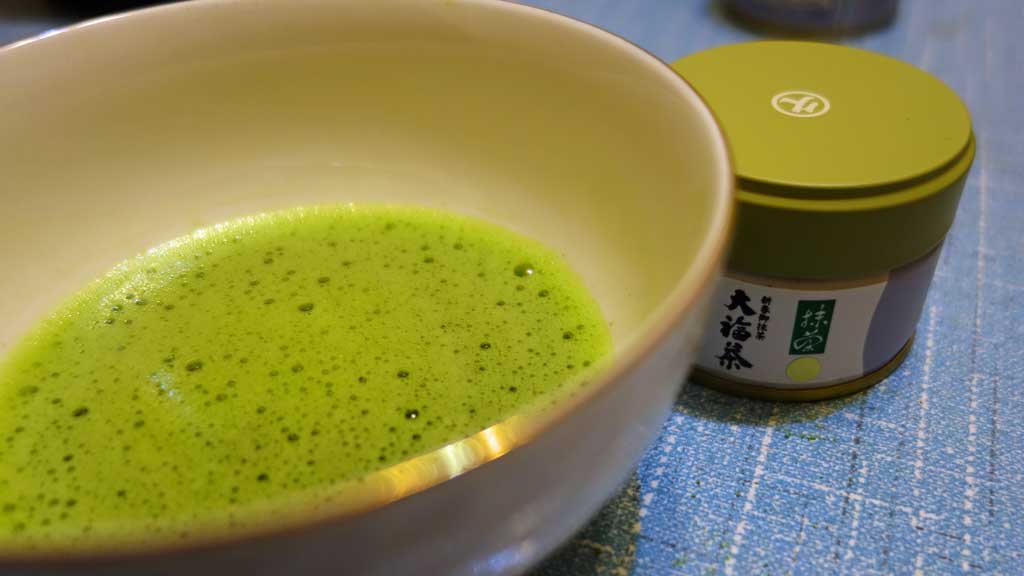 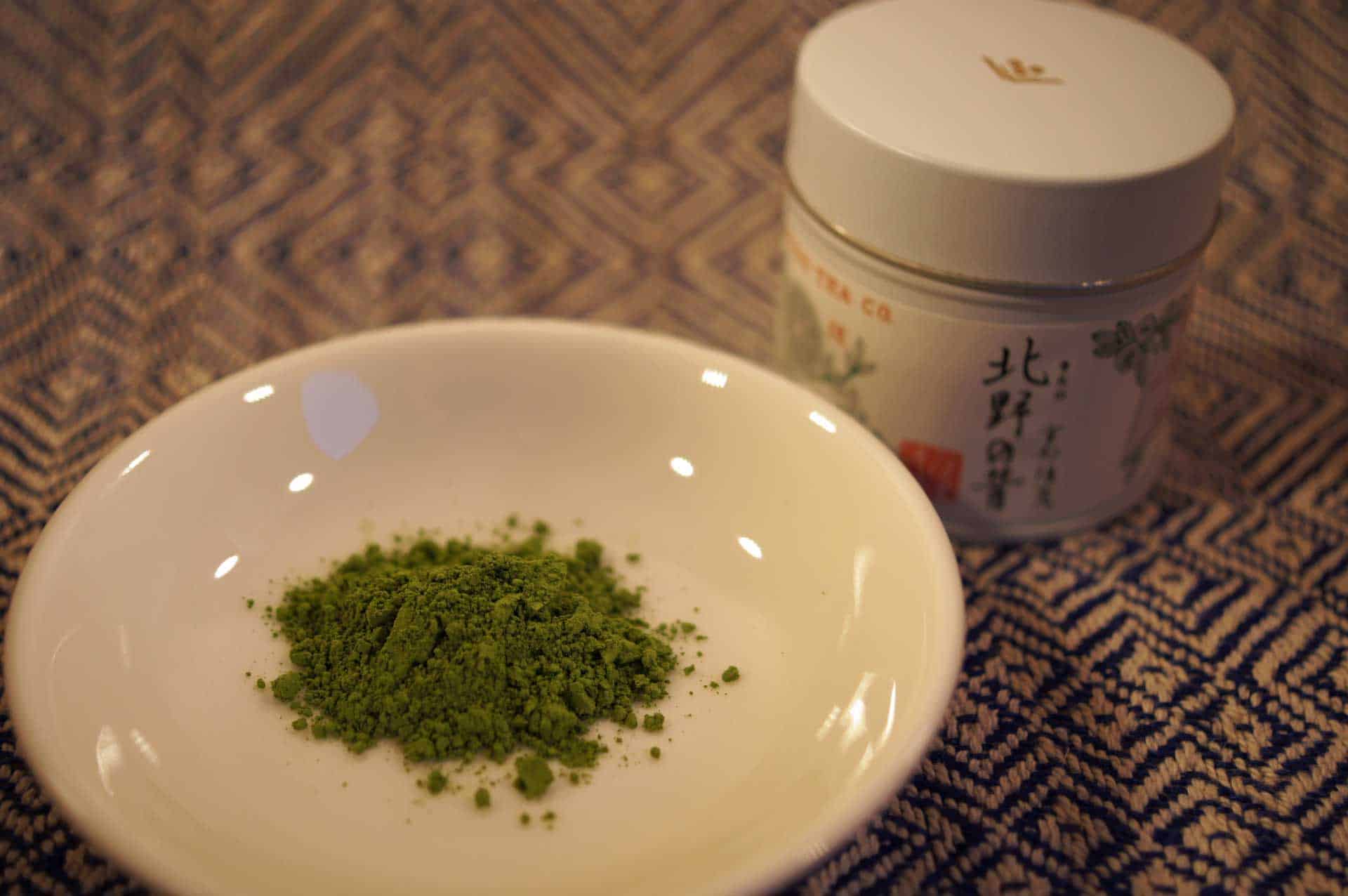 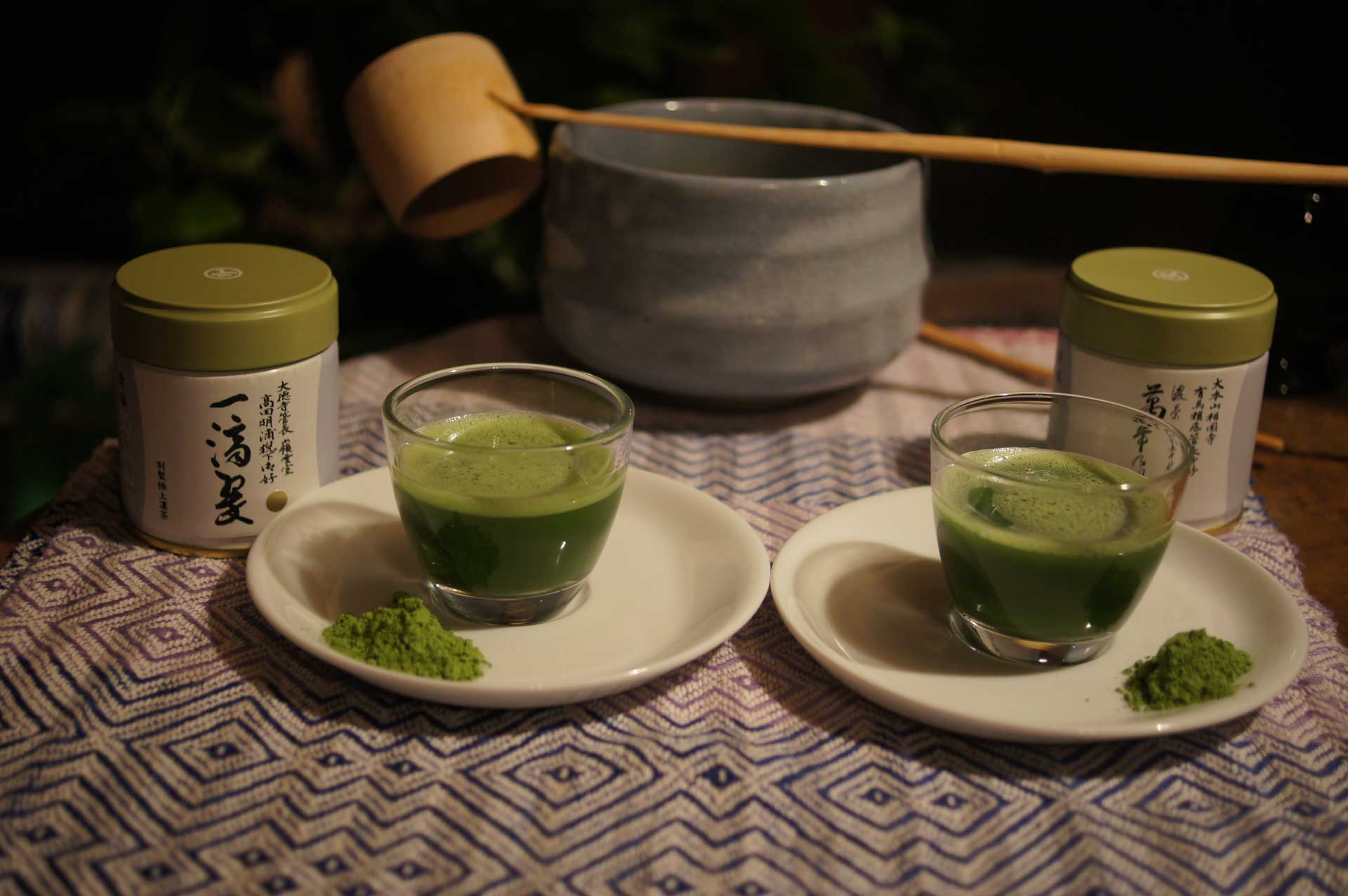