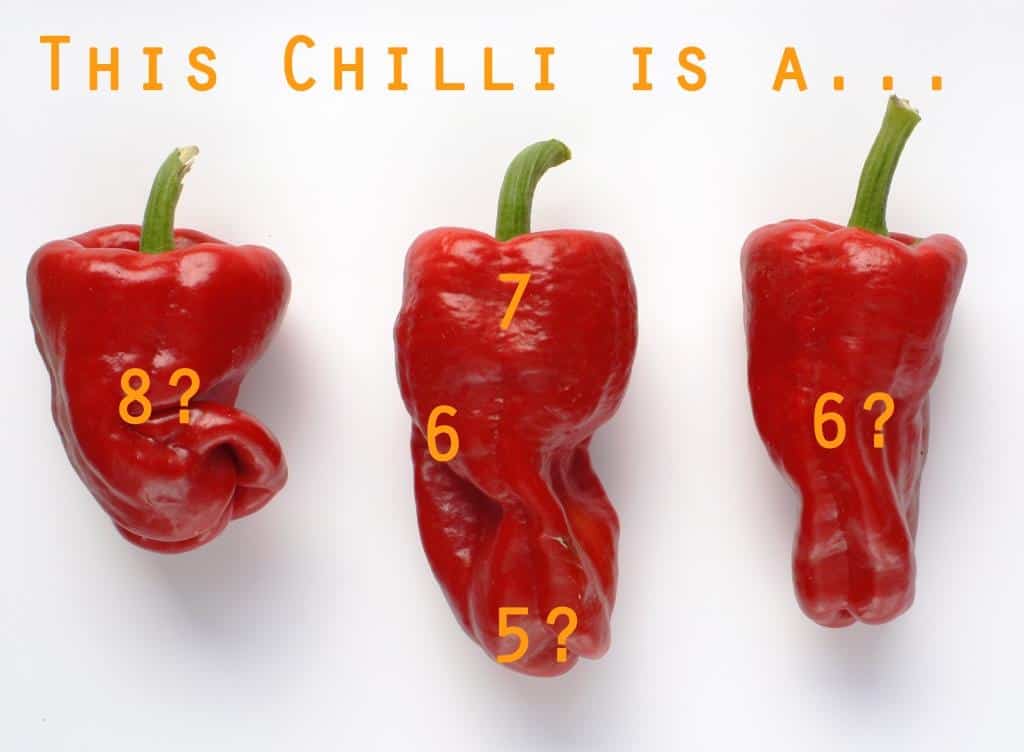 Look at stories about chile peppers, and there has to be mention of their pungency. That is a very sensible thing to go for, of course. After all, it makes a great difference if something is (like) a bell pepper, without any pungency, or (like) a superhot, tasting like a naked flame.

But, there it goes: You will either find it given a number on the 10-part scale, or be told Scoville Heat Units (SHU). It all sounds so nicely science-y that it seems beyond reproach, but it is, all too often, a misconception.

The foundation of the ‘heat’ testing does lie with Wilbur Scoville and his organoleptic test, that much is true. The original procedure was a test panel of a number of people trying an extract of the chilli in different dilutions, with the ‘heat level’ determined to be the point (the dilution) at which they could not detect the pungency anymore.

In modern times, the determination is not done by people (with their varying sensitivity, personally and over time, to capsaicin), but by high-performance liquid chromatography (HPLC). This laboratory procedure gives an exact measure of capsaicin, which is given in American Spice Trade Association pungency units but typically converted to and stated as Scoville Heat Units, as these are better known.

Sounds good, and is a lot better than using taste testers, but there’s a host of problems.

For one, it is quite expensive to do that testing, so that it is not usually done by small growers.

Even when capsaicin analysis is done, there are a few ways to trick it (advertently or inadvertently), and there is a simple reason it may not be all that helpful:

Of course, proper procedures need to be applied. Machines need to be calibrated, test substances properly/similarly prepared (e.g., with the same extractors and solvents). A particularly noteworthy part of this is that the HPLC analysis is performed to give capsaicin(oid) content in dry mass, meaning that a thinner-skinned and overall smaller chilli may well be more pungent to the taster than a bigger and thicker-walled one since the capsaicin is more diluted in a fresh pod of the latter.

Even before the start of the analysis, how the peppers were collected exerts an influence. There can be differences in pungency between different plants of one variety as well as between different pods from the same plant, so a good sampling should come from various plants and over the course of a season. Even so, depending on the stability of the pungency trait or its susceptibility to climate (and other) influences, pungency may still vary between seasons, as well. (Which is something quite often noticed when one buys a superhot – let alone a middling – variety, grows it in one’s own garden, and then finds it not to be all that hot.)

Thus, an average as well as a range of variation should actually be given, stating how hot the variety of chilli in question typically is (or, let’s say, was in the test situation) and what diversity should be expected. (And then, the question of stability over generations and purity of varieties/strains also comes to be of importance.)

Over all, then, the SHU (Scoville Heat Units) can be quite a bit of a case of “lies, damned lies, and statistics.” They certainly will say something, but should be taken with a grain of salt, particularly when the next new “world record superhot chile pepper” comes along. (I consider them cryptobotany for a reason.)

And ultimately, what is important is not such a value, but the taste to the person who eats it and the usability for the dish they want to prepare. All too many people seem to get caught up in the race for higher pungencies, but the pleasure is not in that number, it’s in the good cooking and the good eating.

What it really says when someone states with great conviction that a chile pepper is “a 7” is that they don’t quite understand the physiology of pungency. Plants will typically produce pods of somewhat varying pungency, within and between seasons, depending on conditions. And taste testers – and this scale is most commonly based on someone trying out how pungent they think the chilli is – are notoriously unreliable. Add the two together, and a chile pepper variety produces pods of “a 5 to 8”, at best. This determination of pungency is not an exact science – or rather, being exact means stating the range, in a case like this.

Superhots are a particularly bad case (and a particularly popular one for pungency testing), also, because SHUs above something like 300.000 units (i.e., from habanero onwards) are just painfully hot to most people. Even to the averagely experienced eater of chilli, anything above that doesn’t really make all that much of a difference in pungent taste and can’t really be differentiated.

On the 10-part scale, these are the peppers where chile fiends want to know which one is 10++++ instead of merely 10++, and it just serves to show the limits of both this scale, and the view – yup, misconception – that chilli eating is just about the heat.

For all these reasons, I’ve preached for years already that it makes much more sense to just simply differentiate between chilli with no pungency (i.e., bell peppers and such), some pungency, and high pungency.

Of course there are differences within those groups, but not giving a seemingly exact number just serves to make people more aware of the need for them to just try out how their chilli got and how they are reacting to it at a given time rather than be lulled into a false sense of certainty. 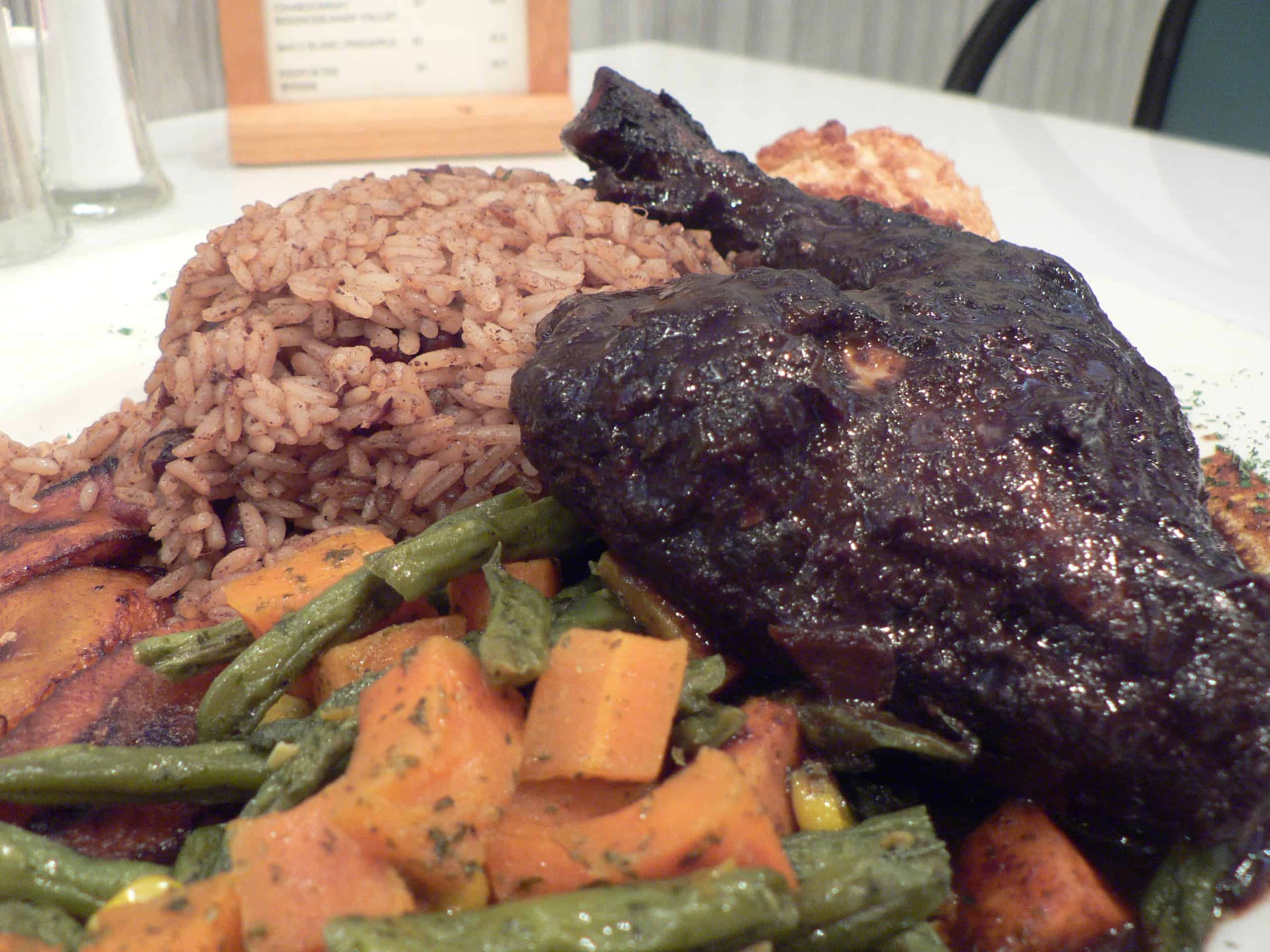 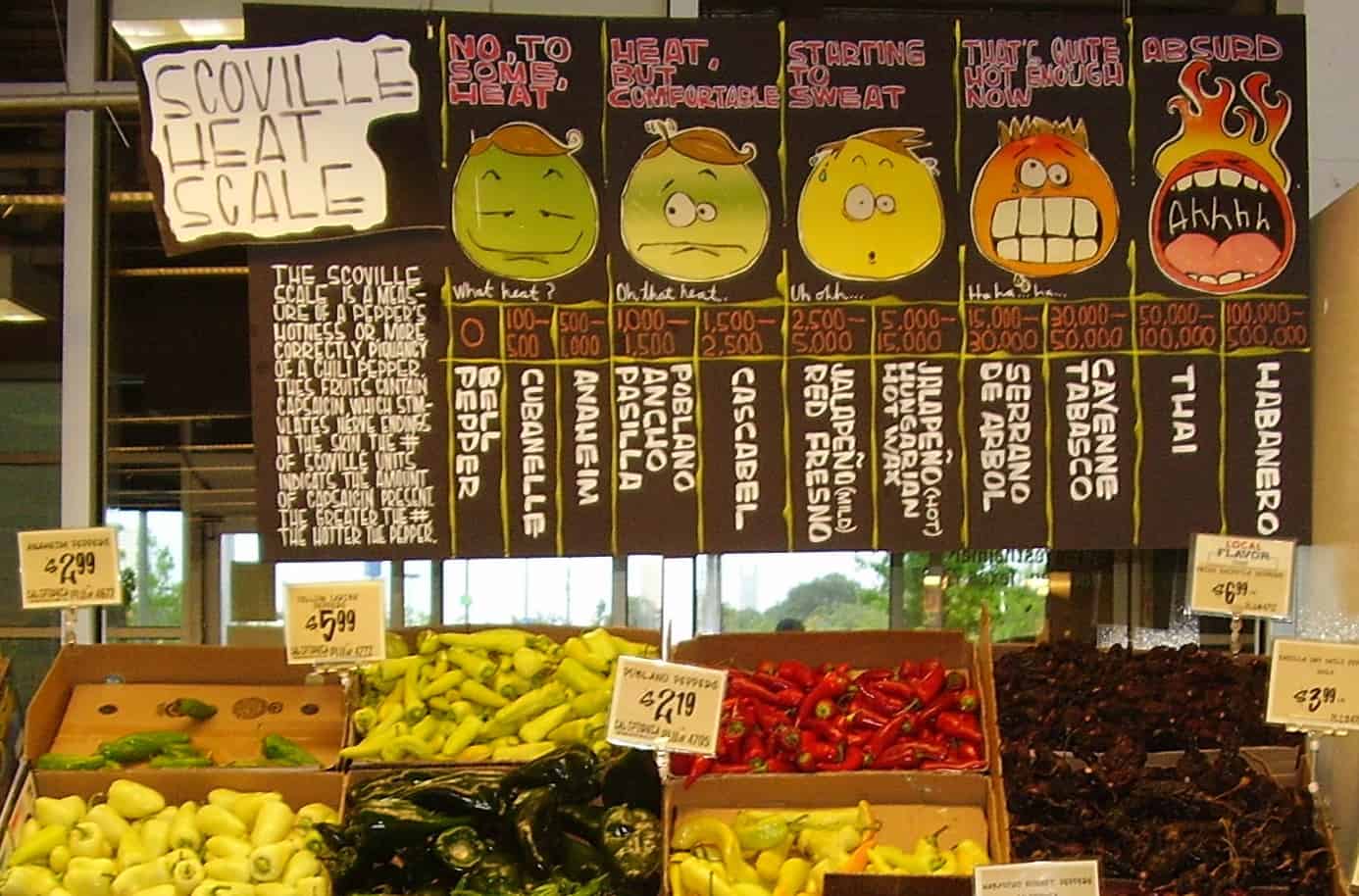 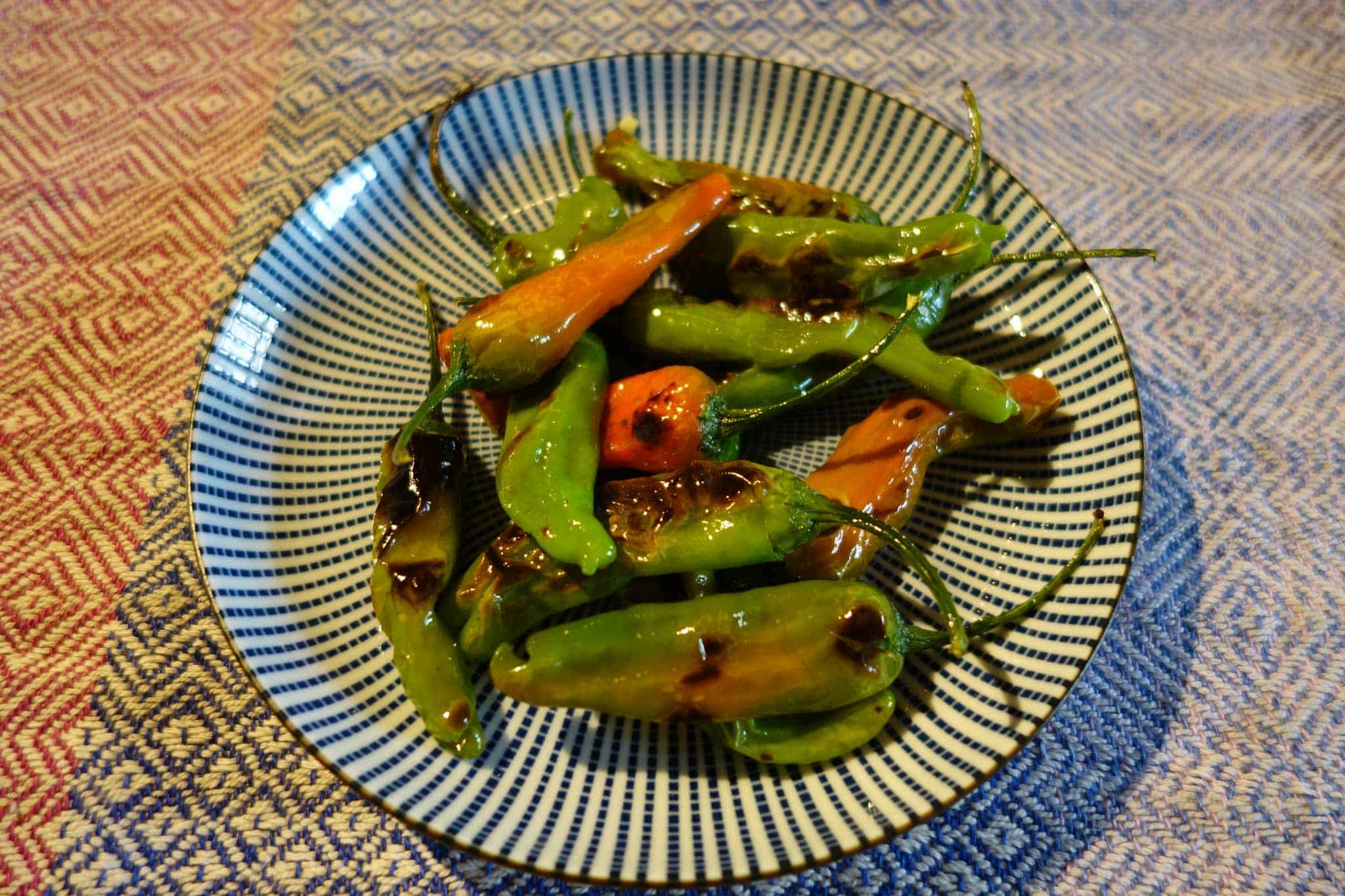